Organic substances attract and hold Scalar / Orgone charge, while metallic substances tend to repel it. Basically, Ergonite pulls in the Bioenergy, and while the energy is inside the device, The metal particles and organic resin both push and pull on it in all directions at the same time. This puts friction on the energy. The friction is great enough at many small points within the matrix to cause the energy to shift upwards in spectrum to Aether, so that it temporarily ceases to exist as a part of the electromagnetic spectrum. When the energy comes back out of the device, it collapses back into an organized, defined state and comes into existence as bioenergy / magnetism.
Posted by Oregon Herbalist at 11:25 AM

One attribute that is unfortunately about.me not present in the app is the capability to know more bring back the faster ways to the default.QUICKSHORTCUTMAKERAPK Web Developer and Software Engineer in Texas In addition, the QuickShortcutMaker Quick Shortcut Maker interface is dated, considering QuickShortcutMaker that the program has actually not received updates since.

This is processing plant frp bypass android reset insurance, and demoralizes Visit here hoodlums from taking a telephonefrp bypass and resetting it to make it their own.

Research and insight into the source, use and origin of this material. A resource to those who are not into 'Orgone-Dogma' and a serious place to explore polymeric materials dielectric and resonance effects. The reader will notice the title of this weblog and in some documents I have changed some of the words like Orgone and Orgonite to separate association with Wilhelm Reich. It is only misleading to continue to entertain such sophistry about orgasms, communism and analytical dogma. Our calling is to go further and establish a vocabulary that also has a resonance, an understanding allowing the thinking process to continue to Explore the Radiant Dielectric Aether Field Energy through Experiments in: Aetheric Bioelectrical Polymeric-Matrix: A Molecular Resonance Material. - Thomas 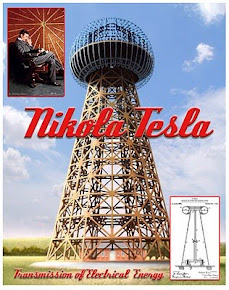 A source of Far Infrared (FIR) and Negative Ions

Tourmaline is prized as a beautiful, semi-precious gem.

Now, as a mineral, it has become a focus of research at universities and research centers worldwide.
The reason - infrared Tourmaline is the only one mineral to show permanent electricity on the earth and is also a natural (non-manufactured) source of negative ions and far infrared (FIR) rays.
It is also known to be helpful for improving circulation, relieving stress, increasing mental alertness and strengthening the immune system function (Niwa Institute for Immunology, Japan. Int J. Biometeorol 1993 Sep; 37(3) 133-8).
Around 1986, it was found in a research station in Japan that, even though tourmaline was broken down in smaller pieces, a positive and a negative electrode existed on both end of the crystal, and the electrodes never disappeared unless tourmaline was boiled near 1000°C.
In addition, when the positive and the negative electrodes of a tourmaline crystal were connected to each other, it was proven to show low electricity of 0.06mA.

Tourmaline, in your filter, is used to naturally transform water into mild alkaline water, reduce water clustering (what happens to our stored water) and has anti-bacterial and deodorant qualities.
Treated water applied to the skin gives an excellent effect of moisturizing and absorption.

In addition, Tourmaline generates FIR that purifies the water, and acts like a 'supercharger', assisting the water alkalizer to ionize and alkalize.

Tourmaline has been researched and found to activate animal & plant metabolism.

Tourmaline has an immediate and powerful effect on water in the filter with the surfactant effect (makes water wetter) increasing by 101%.

The far infrared energy that Tourmaline naturally emits causes a resonance in the body at the same frequency as water.
All matter is made up of uniquely-arranged electrons and molecules all moving in unison.
When molecules are illuminated with electromagnetic radiation of the same intrinsic vibration frequency as the substance itself, the electromagnetic wave energy is absorbed and the amplitude of that substance's molecular vibration is increased.
That's why when FIR, having the same vibration frequency, illuminates a substance, that substance will filter out the FIR and experience a "resonance absorption." This is a process known as "resonance-absorption to heat-generation" with the aid of FIR.

In other words, the vibration of atoms and molecules will result in resonance absorption.
When we feel hot, we will instinctively seek shade. When we feel cold, we seek the warmth of sunshine. No one teaches us these responses. We have an innate desire for a comfortable temperature. Comfortable temperatures are actually synonymous with a comfortable energy frequency or "wavelength." That wavelength happens to be 8 to 14 microns - the same as FIR.

The seventy-five percent of our bodies composed of water, protein, fat and other substances - all must function properly to sustain life.
When living things absorb FIR of 8 to 14 micron wavelength, they experience resonance absorption. The vibrating movement of molecules in living tissue produces an increase in energy which in turn activates cells and enhances metabolism.

FIR has three properties: radiation, deep penetration, and resonance absorption. Let's look at the relationship between these three properties and living things.
First, radiation: it means it can directly reach human bodies just like light does. For example, sunlight, which is also radiation, reaches earth through the vastness of space.
Second, deep penetration: FIR can reach well into subcutaneous layers of the body (or water) with its deep penetration ability, generating internal warmth suitable for molecule activation in living tissue.
The third feature is resonance absorption: Once illuminated, there is intrinsic vibration of body components - water, protein, fat, enzymes. And, the interior of molecules - atoms and atomic structures - experience the resonance absorption of FIR of their same frequency. This elevation of molecular energy is known as "resonance and absorption."